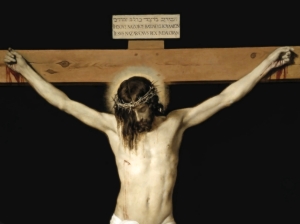 Honor your father and your mother.

To the position of fatherhood and motherhood God has given special distinction above all positions that are beneath it: He does not simply command us to love our parents, but to honor them…. Honor includes not only love, but also modesty, humility, and submission to a majesty hidden in them. Honor requires not only that parents be addressed kindly and with reverence, but also that, both in the heart and with the body, we demonstrate that we value them very highly, and that, next to God, we regard them as the very highest.
—Large Catechism Part 1:105-107

In this commandment belongs a further statement about all kinds of obedience to persons in authority who have to command and to govern. For all authority flows and is born from the authority of parents. Where a father is unable alone to educate his <rebellious and irritable> child, he uses a schoolmaster to teach the child. If he is too weak, he gets the help of friends and neighbors. If he departs this life, he delegates and confers his authority and government upon others who are appointed for the purpose.
—Large Catechism Part 1:141

The same should also be said about obedience to civil government…. Here “father” is not one person from a single family, but it means the many people the father has as tenants, citizens, or subjects. Through them, as through our parents, God gives to us food, house and home, protection, and security. They bear such name and title with all honor as their highest dignity that it is our duty to honor them and to value them greatly as the dearest treasure and the most precious jewel upon earth.
—Large Catechism Part 1:150

Besides these there are still spiritual fathers…. The only ones called spiritual fathers are those who govern and guide us by God’s Word. In this sense, St. Paul boasts his fatherhood in 1 Corinthians 4:15, where he says, “I became your father in Christ Jesus through the gospel.” Now, since they are fathers, they are entitled to their honor, even above all others.
—Large Catechism Part 1:158-60

Daily devotions for every day of the church year, including Scripture reading, hymn, Psalm, a historical devotion, and prayer, can be found in THE TREASURY OF DAILY PRAYER on sale now from Concordia Publishing House.

Daily devotions can also be downloaded to your iOS and Android device using the PrayNow app, available from Google Play or Amazon.com.

I'm interested to hear what you have to say. Cancel reply

This site uses Akismet to reduce spam. Learn how your comment data is processed.